One of the most impressive features of the Motorola Moto X when it debuted in 2013 was its touchless control. You could execute voice searches and commands with your Moto X without touching the device. Just say, "OK Google," and the phone was at your command. "Ok Google" is a hotword that tells Google that you’re ready to start using your voice to search.

Over the years the introduction of different mobile devices and their apps has shaped the keyword search query landscape, from Flip Phones to Smartphones and now to Siri-like search voice commands. 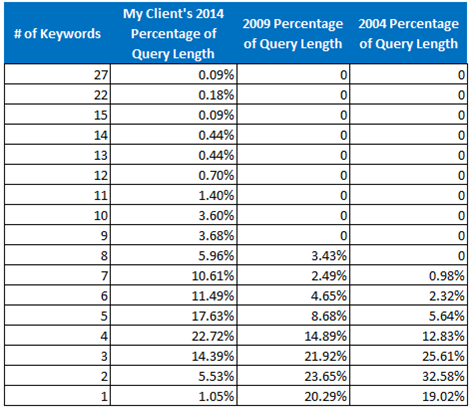 Modified Broad is More Important
How are we going to capture those 27 word search queries? Modified Broad match. With modified broad you can guarantee that specific keywords are included in the search term captured (ie. +pizza +san +francisco). Regardless of how intricate the search query becomes you can still show your PPC ads for these longer search queries.

The Final Word
Voice search will soon be the primary way that users interact with smart devices, especially as the operating system expands into cars (Google Auto) and onto wrists (Apple Watch). Instead of typing your query into a search bar you will have a conversation with Siri.

Posted by Alan Rothstein at 5:25 PM