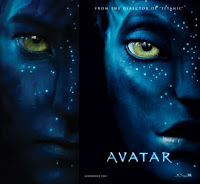 Avatar 3D, directed by James Cameron, brought 3D movies to the masses. Now 3D is billed as the next big thing. People are saying that every movie, television program, and video game is going to be presented in 3D in the very near future.

ESPN Jumps on the 3D Bandwagon
ESPN confirmed at CES that it will launch a 3D TV channel for the US sometime in Q2 2010 featuring only live sports events.

Samsung Tries to Out 3D Sony
Samsung introduced a full line-up of 3D flat screen televisions, including several LCD and plasma sets that are capable of converting any 2D content into 3D.

Does 3D Programming have legs? Is it a fade? It will be a niche at best for TV programming, like 24 hour news channels, ESPN, and MTV; 3DTV will only be a small part of your entertainment viewing at home.

Think about watching the news in 3D? Boring! Catch an episode of The Golden Girls in 3D? Don't make me gag. What about the cost of 3D programming? I can't image it will be broadcasted to the masses for at least 3 years. Most people have standard cable and won't want to buy an expensive 3DTV to watch one or two movies a month. We haven't even gotten finished with Blu-Ray. It is too soon to say that 2010 is the year of 3D (or even 2011).

What Can We Expect?
Lots of great sci-fi and horror movies, animated films, first-person shooter video games, and select tv programming in 3D. As for a 3D revolution? It is more like a skirmish or police action at best.
Posted by Alan Rothstein at 4:05 PM