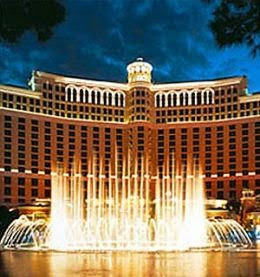 Las Vegas is no stranger to the failing economy. If you have been to Las Vegas you have undoubtedly found yourself at a Station Casino. The reasonable room rates and low table minimums have made a large dent in many a wallets. But this time the house doesn't win, and it didn't take a pack of MIT graduates playing 21. Who needs Las Vegas when you can gamble with your job and paycheck in this economy.

Station Casinos. (Privately owned, about 14,000 employees). Las Vegas has already been creamed by a biblical real-estate bust, and now it may face the loss of its home-grown gambling joints, too. Station - which runs 15 casinos off the strip that cater to locals - recently failed to make a key interest payment, which is often one of the last steps before a Chapter 11 filing. For once, the house seems likely to lose. 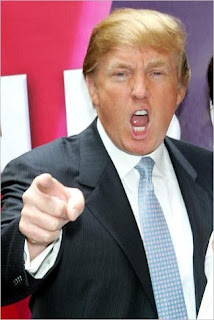 Donald Trump, "You're Fired!" The Atlantic City mob has put a hit out on gambling in 2009. Who has money to gamble, let alone pay their mortgage? One of Trump's Casinos already filed for bankruptcy in the last two years, this might be the end of the Trump Entertainment Resort dynasty.

Trump Entertainment Resorts Holdings. (TRMP; about 9,500 employees; stock down 94%). The casino company made famous by The Donald has received several extensions on interest payments, while it tries to sell at least one of its Atlantic City properties and pay down a stack of debt. But with casino buyers scarce, competition circling, and gamblers nursing their losses from the recession, Trump Entertainment may face long odds of skirting bankruptcy.

Posted by Alan Rothstein at 4:56 PM No comments: